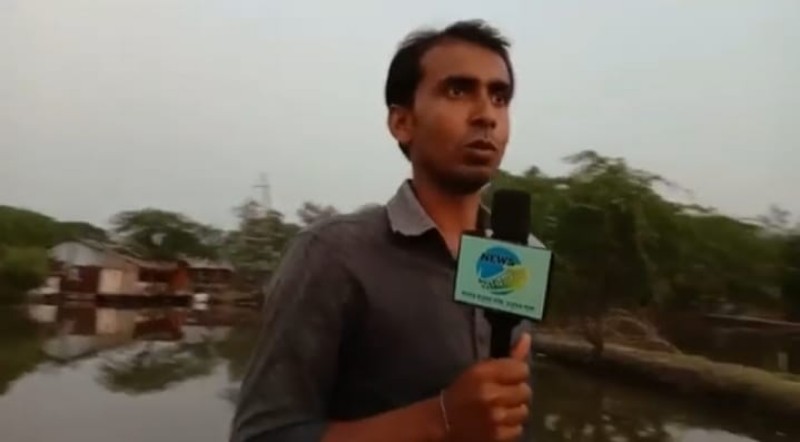 Journalist Chandrasekhar should be released unconditionally

Because the law of the country on the one hand ensures the safety of the people. On the other hand, by abusing that law, it is endangering good people, just as every state in the country has an example. Journalists in Bengal are also realizing how terrible the consequences of political violence can be. Online news portal News All-day journalist Chandrasekhar Sarkar’s house is in Amjhara Hatkhola of Basanti police station in South 24 Parganas district of Bengal.

The case went to the National Scheduled Caste Commission. At that time the matter was settled with the intervention of the commissioner. After two years, the police of Basanti police station became active last night and arrested journalist Chandrasekhar Sarkar. Under the Pokso Act, the Alipore Judge Code remanded him in custody in a false case. The question is whether the arrest of journalists in this manner in the heart of Bengal is not shameful. He is really accused of Pokso law.

If that was the case, then why didn’t the Basanti police arrest him when the incident took place in 2019? What happened now was that he had to be arrested overnight! The sudden activation of the police has expressed the anger of a section of the journalist community! He also condemned the arrest of a journalist from outside Bengal. Apart from their own work, did the journalists really go to rape the minor girl? Fighting over this question across the country!

By arresting the journalist in this way, the independent entities of the journalist are being taken away by a class of power seals. The question is whether the powerful leaders are abusing the law in exchange for money. Some journalists in the country feel that the allegations against journalists should be investigated on a need-based basis.

The way a class of matabbars have risen and fallen to sunbathe the pens of journalists. Journalists in the international community feel the need to raise their voices in this regard at home and abroad. However, some journalists are demanding that Chief Minister Mamata Banerjee unconditionally release the case and social release of journalists including Chandrasekhar Sarkar.

The self-respect of those journalists who are the bearers and carriers of the society is as if there is nothing. Their pens will not be sunk in this way by floating them in the water of law and filing false cases. All journalists across the country need to raise one voice. The Association urges the Prime Minister of the country to protect all journalist families from unjust oppression and injustice by bringing in the Journalist Protection Act urgently.

Maradona passed away on the age of 60

Maradona passed away on the age of 60