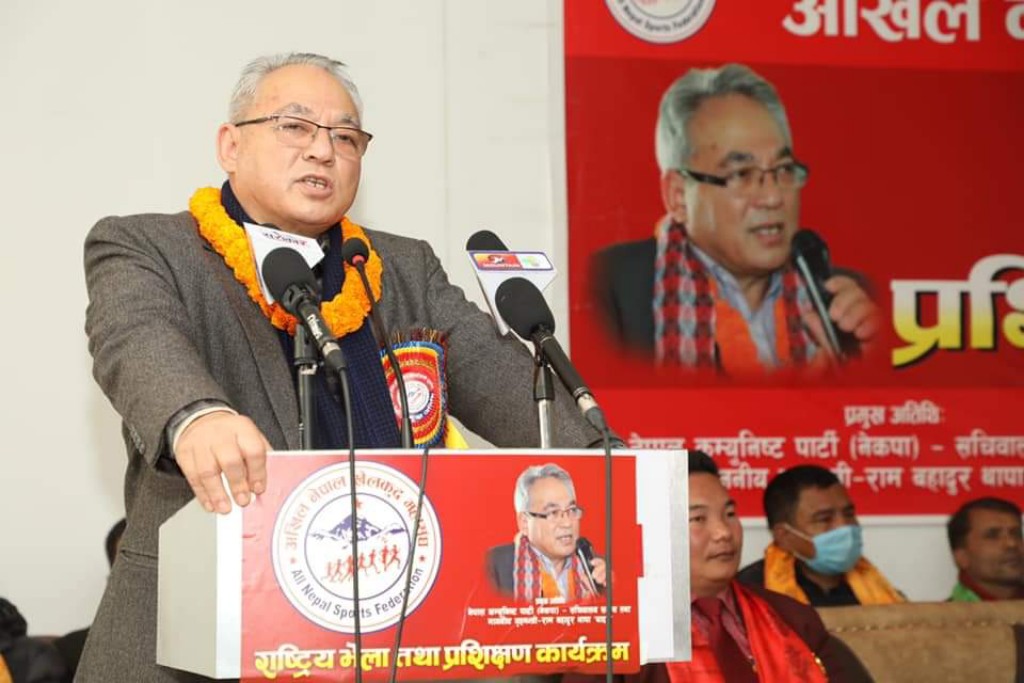 Addressing a national gathering of All Nepal Sports Federation held in Lalitpur Minister Thapa urged players to stand in favor of Prime Minister Oli to move the country towards development and maintain political stability.

He said Prachanda-Nepal group as a “faction” and directed them to stand on the side of the party instead of splitting and forming factions. He suggested people to stand for the party led by Oli Badal and not for the faction led by Prachanda-Nepal.

He said patriotic players should stand for stability and unity and said that gathering proves that there are many supporters of stability.

Addressing the gathering Youth and Sports Minister Dawa Lama Tamang said that all youth and players should go ahead for election.

The gathering has selected a 99-member working committee under the Chairmanship of Kali Bahadur Gharti Magar.