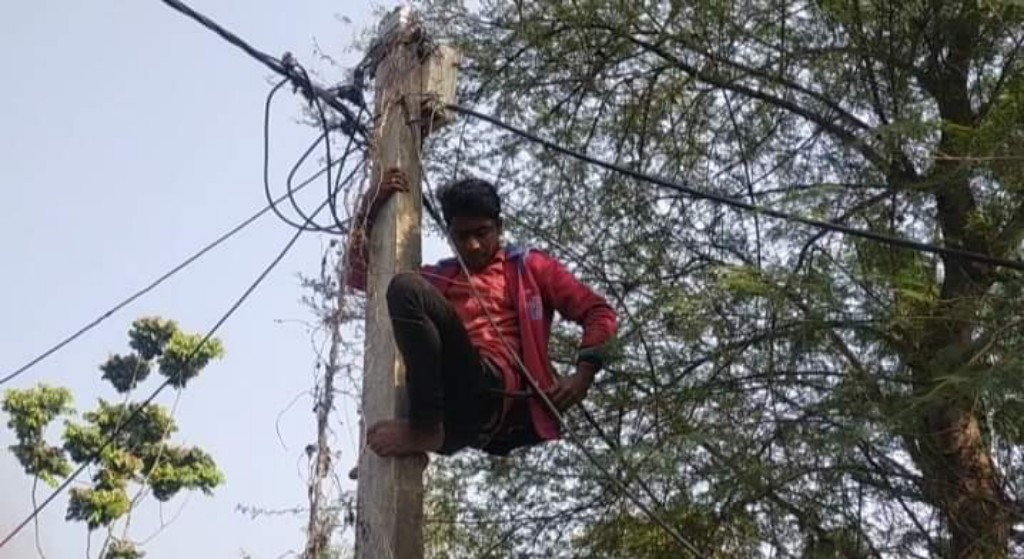 Journalist Mrityunjay Sardar lives in Hedia village of South 24 Parganas district but while several articles of the international Mrityunjay government have been published, Sajal, an officer of Jibantala Power Department, has shown injustice on him

Calcutta. As a result of the last 34 years of reign in Bengali politics, the way in which injustice, oppression and injustice was carried out on the people in the end, it seems that the oppression continues today.

Tactically, the leaders and workers of the ruling party and the staff officers have filled the politics of oppression in Bengal!In the open daylight of which many incidents are reversed, for example, from the villages of Bengal.

Journalist Mrityunjay Sardar lives in Hedia village of South 24 Parganas district but while several articles of the international Mrityunjay government have been published, Sajal, an officer of Jibantala Power Department, has shown injustice on him.

State President of Indian Journalists and All Editors Association Mohammad Basirul Haque has expressed his displeasure in this regard.Now the question is how to cut this line? How did this unscrupulous thing happen an hour after the bill was paid? But no answer to this question was found.So is it politically planned? We have seen for a long time that injustice is being done to journalist Mritunjay Sardar, sometimes trying to kill him, trying to loot his house, land, sometimes mentally torturing his family.

Mritunjay Sardar has been complaining to all the officials of the administration starting from the political leaders for a long time.But Mritunjay Sardar still did not get any benefit. He is an honest and fearless journalist by profession.

He worked as a sub-editor and editor of various newspapers. He stood by everyone, big or small, regardless of race. He got worse when he spoke out against injustice. Nowadays it is very difficult to find such journalists who can stay by the side of people day and night.

Part of the intelligentsia thinks the government is planning to arrest him.Attempts have been made to assassinate him with various tactics, trying to stop his ideological genius by harassing him with electricity bills for many years.Torture and Injustice and Injustice Continued During the tenure of the Trinamool government, the journalist family came out in a hurry to find the answer to the question as to why similar atrocities continued.

Trying to kick me in the stomach, so that I would suffer from disease from starvation to insomnia.The political leaders are also trying to make this plan through the officer in the power department. Somehow the local political leaders and workers and the officer in the power department Sajal Babu will be responsible for my death.