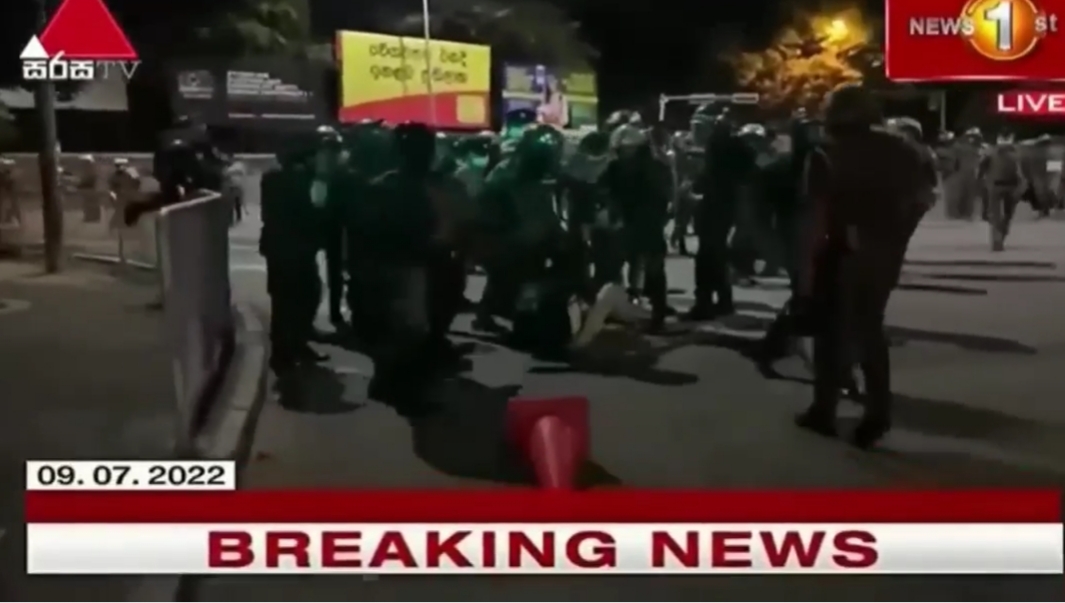 SJF strongly condemn against the attacks on journalists of Srilanka

Colombo. SAARC Journalist Forum SJF strongly condemn against the attacks on journalists of Srilanka. Journalists were beaten and injured by military officers during news coverage.

SAARC Journalist Forum SJF demand with Srilankan government to respect and assure the press and expression freedom and urge immediately take the actions against military  personnel who involve in this inhumane incident.

Srilanka is having a political crisis and as well as huge protester were already entered to the resident of President in Colombo while President Gotabaya Rajapaksa was escaped from there.

SAARC Journalists Forum will jointly do protest against PIB's dictatorship