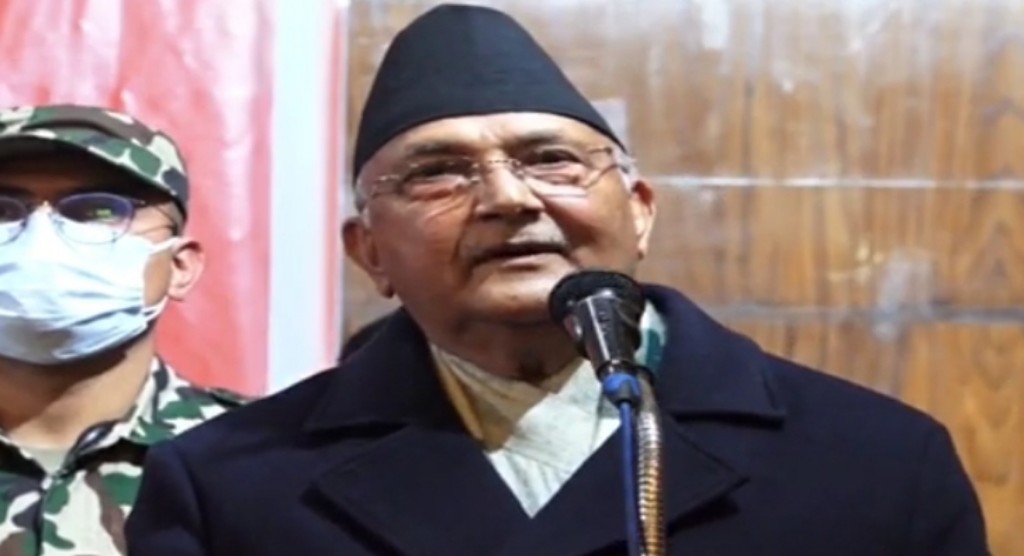 Kathmandu.  Prime Minister KP Sharma Oli has claimed that the provision to dissolve the parliament is clearly mentioned in the constitution of Nepal.

Prime Minister Oli claimed it while addressing the NCP Far-Western State level party workers gathering. He said that the parliament was dissolved according to the essence of the constitution.

His question was how I became reactionary when elected Prime Minister who had a majority in Parliament, went to the people for a new mandate ?

Prime Minister Oli accused Dahal and Nepal group that they are using all their efforts and power of party for position, family and money.

Prime Minister Oli’s suggestion to Prachanda and Madhav Nepal was to start preparations for the election instead of confusing the people through the unwanted movement.